Top of the Glass. Cube Glass team are ahead of the curve with industry-leading qualifications ratio

Cube Glass, the manufacturer with excellence at the core of its business, is staking a claim to be the best qualified manufacture and installation team in Scotland, with virtually every one of its employees achieving challenging national standards.

The Cumbernauld-based glass and aluminium specialist, which was established in 2004, has created a training and accomplishment environment which is the envy of much larger competitors and which has gained it an outstandingly high ratio of qualifications.

Its entire team of seven fabricators has attained the NVQ Diploma in Fenestration Installation, with six of them achieving Level 3, a competence qualification for individuals working as Installers and Window and Door Fitters.

Gary Thorn, Cube Glass founder and Managing Director, said: “In Cube Glass, it is really the case that our staff are our most important asset. For that reason, we are investing in them and their futures with the aim of creating sustainable employment in high quality roles which provide tangible job satisfaction.

“I have made it a priority to make sure that the teams are not only competent, but that they feel that they have had the best training opportunities that it is possible for us to offer them.” 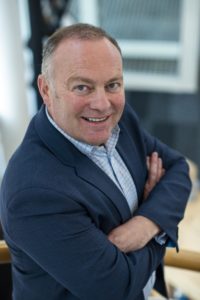 For instance, on a recent project which involved fitting blast resistant windows and doors, the team attended a Schüco course and were examined in order to be SABRE (Schüco Approved Blast/Bullet Resistance Expert) approved.

The high-calibre skill sets in the Cube Glass team have helped the company to win a range of recent contracts totalling in excess of £500,000 and the business continues to expand exponentially.

With record sales this year of around £2.75m, it has 14 highly-qualified employees. Around 80% of the company’s sales are made to major companies such as Hilton Hotels, the Ministry of Defence, Arnold Clark, and Morris and Spottiswood. It is operating throughout the UK.

We use cookies to ensure that we give you the best experience on our website. Is this okay?YesNo